THE STORY BEHIND SIMPLY GOOD JARS

Behind every Simply Good Jar, there’s a story.
We’re proud to call this one ours.

THE STORY BEHIND SIMPLY GOOD JARS

Behind every Simply Good Jar, there’s a story.
We’re proud to call this one ours. 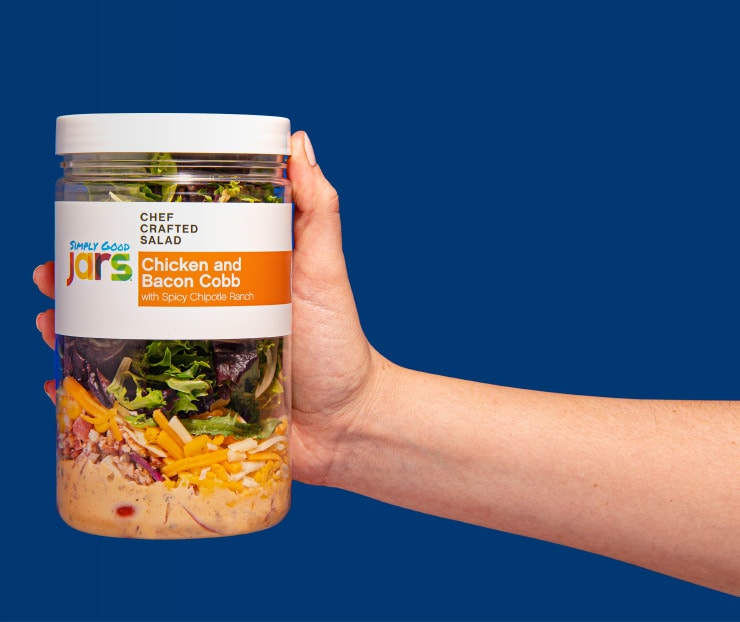 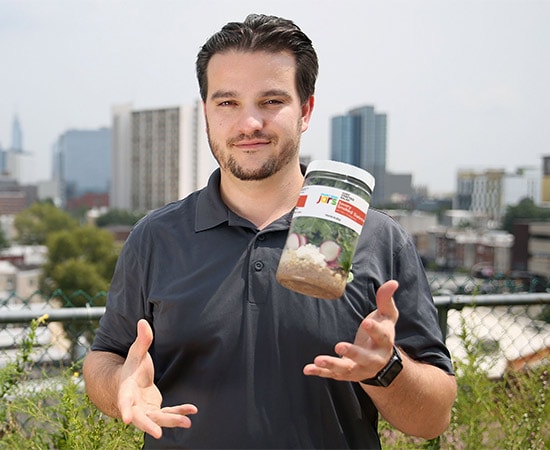 Jared Cannon knows a thing or two about good eats. He’s enjoyed an award-winning 18-year career as a chef. But it all started when he was a little kid, cooking with his grandma in a humble kitchen in Philly.

But Jared wasn’t just there to lick the spoon. He watched her closely and learned from her, and by the time he was just 16 years old, he realized that food was his future.

So away he went to Culinary school. He finished his education at the Fox School of Business, and it was there that Jared’s vision for expanding people’s access to healthy food options evolved. Looking around his home city, he realized how there was an incredible need for faster, healthier food options.

Jared founded Simply Good Jars in the fall of 2017, and believes food has the power to change the world with the intent to help improve lives and communities through responsible, respectful food choices for everyone. He was so passionate about and so convinced in the power of this project, he took it to the hit TV show Shark Tank in 2020 to attract some investors. And wouldn’t you know it, the Sharks bit.

With expansion on the horizon, Jared set his sights on fulfilling his dream of bringing food equity to all.

Jared started Simply Good Jars in Philly—the birthplace of America, and our hometown. We’re as Philly as it gets; heck, one of our jars was originally named the Apple Jawn, the native Philly speaker’s universal word to describe pretty much anything and everything.

That Philly jawn inspires everything we do. It’s the essence of the city – something unique, something beautiful, and something that everyone should be able to experience, no matter what their standing might be.

We’re excited to bring that spirit of Philly – one of true brotherhood amongst humanity – and bring it deliciously to you, wherever that is you happen to be. 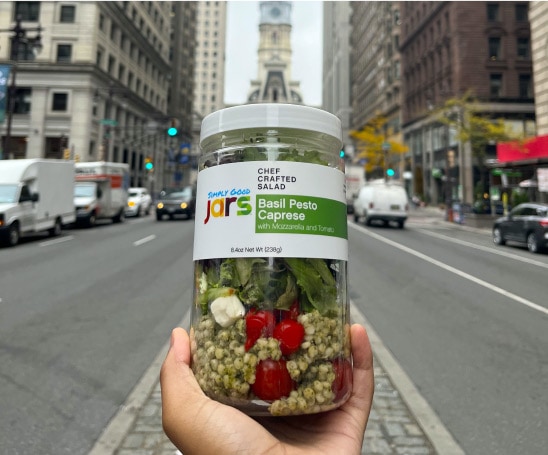 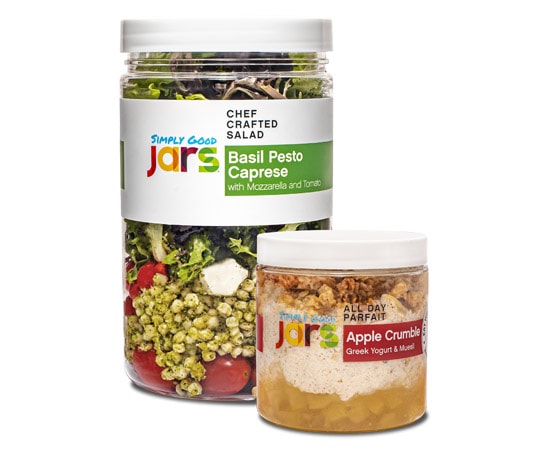 IT’S NOT JUST A JAR.
IT’S A TIME MACHINE.

One of our superpowers is our patented* Smart Jar Technology™ which allows us to keep food fresh longer – naturally. That means we lock in the freshness. Always. Every time you open up one of our salad jars, your greens will be as crisp and delicious as the day they were picked from the field. Like magic. But it’s science.

*Patent pending in the US, Canada, and Europe